People who suffer from seasonal affective disorder (SAD) or winter depression often cannot put it into words exactly, but that does not mean that they do not suffer from an actual problem. These people often report getting a melancholy feeling over them towards the end of autumn. When the last remaining leaves are slowly drifting down, the sun appears later each day and sets earlier, and the ground has just a little frost in the morning.

SAD is often not something that can be solved quickly by everyone. For many people a hot chocolate with an extra warm coat, some cozy time with a loved one or pet and they’re back to feeling well. It is not that easy for people who suffer from seasonal affective disorder (SAD) or winter depression. In this article we look at some of the known causes and some of the treatments.

What Is Seasonal Affective Disorder (SAD) or Winter Depression?

SAD is still a mystery to the researchers studying the phenomenon. It seems as if there are several aspects to do with SAD. Just a few different aspects that are thought to play a potential role include brain chemicals, airborne ions, and genetic predisposition.

Researchers do agree that people who suffer from SAD have one thing in common; they are particularly sensitive to light, or more specifically, the lack of light

Many different studies have found that people with seasonal affective disorder feel better after being exposed to bright light. It seems simple enough on its own: at higher latitudes on Earth, winter days are shorter, so you get less exposure to sunlight . People think that the sunlight could replace what we don’t get with bright artificial light and we would automatically see moods and wellbeing improve.

Of course it is rarely that simple. Alfred Lewy, a PhD researching seasonal affective disorder at Oregon Health & Science University in America, argues that it is not just a matter of light, but also that we get the right kind of light at the right time of day. He states that the most important time to get light is in the morning.

In fact, Lewy thinks the problem lies with the circadian rhythm that changes when it stays dark outside for longer. The clock next to our bed may tell us it is time to get up, but the internal clock of our own body thinks we should rest for a while. When our body feels bright light in the morning, our circadian clock is reset.

This is important when it comes to setting the clock one hour in places where daylight saving time is observed. You might think that turning the clock back an hour could exacerbate seasonal affective disorder symptoms because the sun disappears an hour earlier, but Lewy says the opposite is true, the problem is that we wake up before sunrise.

Lewy says he suspects that “true winter depressives”, the people whose problem is biological and unrelated to other factors, might feel a little better if we woke up later. But he also assumes that the improvement would only be temporary as the days keep getting shorter.

Origins and Known Causes of SAD

Seasonal affective disorder (SAD) is a form of depression associated with a period of the year. We already have historical accounts of SAD dating back to 400 BC. Hippocrates (the founder of Western medicine – lived from 460 BC to 370 BC ) indicated that the changes in our seasons should be seen as the cause of illness.

About 200 years later, light therapy was recommended as a treatment for people described as lethargic, or those who “suffer from gloom.” Most people with SAD only suffer from it during the late fall and winter, which is why it is often referred to as SAD. The fact that many cultures celebrate a number of important holidays in winter can add stress to people who suffer from SAD.

A small number of people who suffer from SAD only become depressed during the late spring and summer. In contrast to SAD, other forms of recurrent depression such as bipolar or unipolar depression can occur regardless of the time of year.

The Known Causes of SAD

As mentioned before, the exact cause of SAD is still unknown, but that doesn’t mean researchers have no idea what the problem might be.

Chemical changes in the brain caused by changes in the amount of sunlight are likely involved in SAD. Risk factors for SAD are therefore living in geographic locations that are dark or cloudy throughout the winter.

It appears that SAD is at least in part genetic. Given that alcohol abuse and addiction are common in individuals with SAD, it is thought that there is a possible genetic link between the two diseases.

Low levels of vitamin D appear to be a risk factor in developing a number of mood disorders, including SAD.

Seasonal affective disorder (SAD) may cause a person to have some of the same symptoms as other forms of depression. The fact that people know that they are likely to have SAD again soon adds stress every year, often even months before the SAD symptoms themselves start. Most people have just some of these symptoms, not all of them and they include:

The symptoms of SAD come back every year, and for the person who has it, they often come back around the same time of the year. Winter SAD is typically characterized by:

Summer SAD is generally accompanied by some of the following symptoms:

Who is it affected most commonly?

SAD is most commonly reported by young people and adult women, but it also can affect men or women of any age. Statistics indicate that SAD can affect as many as six out of 100 people. Another 10% to 20% of people may have milder seasonal mood swings.

Like all types of clinical depression, SAD can have a devastating effect on a person’s life

As with other forms of depression, cognitive behavioral therapy and antidepressants can be helpful in the treatment of SAD. A link between the falling light levels of autumn and winter and the onset of the SAD has long been recognized. Since the 1980s, light therapy has often been used to treat circadian rhythm sleep disorders.

This method has become an accepted treatment for SAD and SAD. Research has shown that exposure to light in the morning is not only beneficial for many people who suffer from SAD, but can also be helpful in perennial depression.

Light therapy is administered with the use of specially designed light boxes. These units provide bright light in a number of different sizes. Some units are quite large, while others are a bit more compact. Most are relatively easy to use come with their own set of instructions for proper and safe use.

The treatment usually means that the person sits in front of the bright light and actually stays there for between 15 minutes and an hour, depending on each person’s situation. These are very bright lights and are not intended for direct viewing. The lights should be turned to the left or right of us while people, for example, read the newspaper or eat their breakfast. The brightness and wavelength of the light as well as the individual tolerance and optimal duration of exposure must be adjusted for each person. Information about these variables can often be found in the directions for use of the lamp itself or from your health professional.

It is always a good idea, especially for those who really suffer from complete seasonal depression, to discuss treatment with a sleep or health care professional before starting any light therapy. Light therapy must be used correctly, for this it is important to use the correct dosage (both time and brightness of the light) and the correct time during the day. For example, using light therapy late in the day could cause insomnia at night.

If not administered correctly, light therapy can lead to problems such as eye strain and is not recommended for people with certain medical conditions. Especially people who take drugs that increase light sensitivity or people who have had cataract surgery should not use light therapy.

If you are buying a light box for light therapy, it is important to read the instructions and warnings carefully to ensure that no problems arise.

If you have a history of eye problems, it is a good idea to consult an ophthalmologist before starting any treatment. This is to make sure you don’t have any medical problems that could possibly be aggravated by the use of bright light.

The general recommendations seem to be to start light therapy in the early fall with a short daily exposure in the morning and increase the exposure for several days. The initial dose will depend on the brightness and wavelength of the light box and the manual will be helpful in determining this initial dose. This can be combined with suggestions from your health insurer. If you have a history of bipolar disorder, it is important to discuss light therapy with your mental health provider before starting. It may not be the right therapy for you.

According to the Mayo Clinic, light therapy boxes can offer an effective treatment for seasonal affective disorder. Features such as light intensity, safety, cost and style are important considerations. 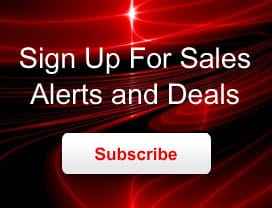 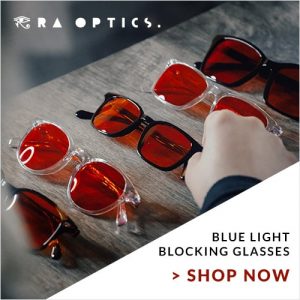 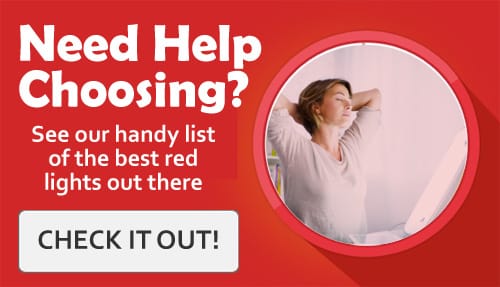